As a dog owner it pains me to say this: Portland is awash in dog shit. I see it everywhere, especially in winter when it stands out against the white snow. Today I took Millie over to the dog park at the old landfill on Ocean Avenue. We had to walk through a gauntlet of dog shit on the double-track path leading out of the parking lot. It wasn’t just along the side of the path, it was in the path. Some were fresh Cleveland Steamers standing tall and proud. Some were old and resembled brown Hollandaise sauce. All were disgusting and infuriating. Pretty much the entire dog park was a mine field of poops. Keep in mind there are two trash cans in the parking lot with lots of capacity. 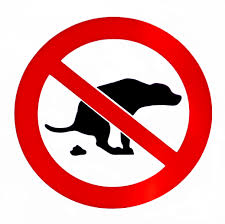 My favorites are the little plastic bags of shit sitting neatly on the edge of the trail. Some dipshit actually took the time to bag their dog’s crap but then inexplicably left it. Some folks are industrious and tie the bag onto the chain link fence that abuts the path. I see this practice a lot on the Back Cove path in Portland. What do these people expect? Is there some Pied Piper of dog shit that will come along and lead all the feces out of town? Do they expect some city worker to come along with a wheel barrow to pick up their dog’s waste? Come on, people!

But the most enraging poop indiscretions occur at the nearby elementary school. It’s a favorite among dog walkers as it has a nice little trail system out back. To get to the trails you have to walk a paved path that cuts through the school grounds. There is poop in the grass, there is crap inches from the paved path, right where little kids play! How does a human mind think this is okay? And don’t tell me they didn’t see their dog do the deed. There’s way too much. They just don’t care.

Maybe we need to train the dogs to take care of themselves:

If the city had any nerve, it would close the dog park and ban dogs from Back Cove and all school grounds. As a dog owner, I am the first to say we don’t deserve the right to use these places. We haven’t earned it. What other user group could cover their favorite places in shit and still be allowed to use them?

Follow Backyard to Backcountry Adventures on WordPress.com
Join 205 other followers

A design and publishing studio.